Created in 1946, the Womb chair was designed to try and retrieve a feeling of comfort that, according to its designer, could not be felt by anyone after they’d left their mother’s womb. It’s a primal kind of comfort, one that has to do with surrendering oneself to the chair.

Though its name and description might point out to a particular demographic, the Womb chair is definitely not for babies. An original design can currently surpass the $5,000 mark, while very good replicas will set you back about $1,500 (shipping included). Let’s dig a little deeper into its history.

The definitive icon (for many people) of mid-century modernist design

The Womb chair is not to be confused with a more contemporary design by Freyja Sewell, which actually looks like a human belly and it’s not something you’d probably include in your home design scheme. However, both works share a similar intention. 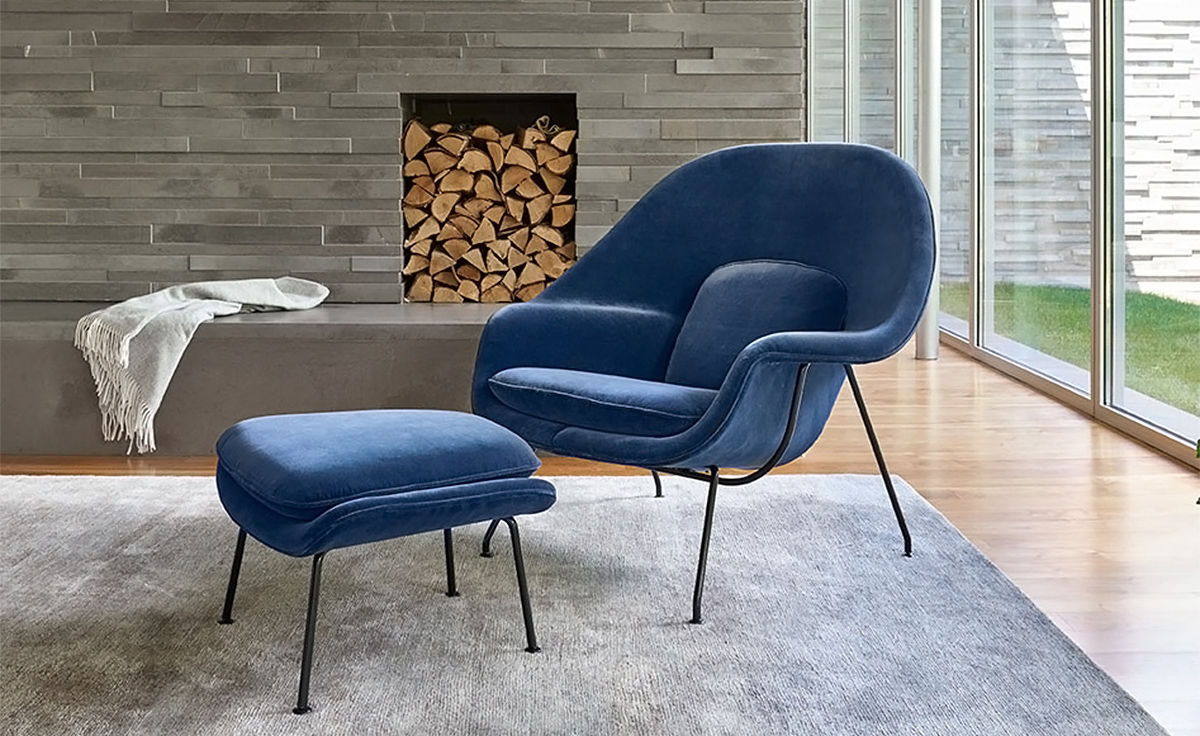 Eero Saarinen was born in Finland in 1910 but grew up to become a master architect in America. He’s the creator of the iconic Tulip table (and chairs), which revolutionized the idea of an office, a living room, and even a kitchen.

Saarinen also came up with the Womb chair while working alongside Florence Knoll, who disliked the reigning idea of a lounge chair. The word ‘lounge’ has a confusing origin: most people believe it comes from an old 16th century term for “resting, moving indolently and slowly.” Its similarity with the word “long” is also notable, given that most lounge chairs were imagined to be that way.

Both Knoll and Saarinen, however, struggled with the idea of a long seat as the epitome of comfort. We already have beds for that purpose, so why should we attempt to imitate that? It is possible to reimagine the shape of a chair? To make it more natural?

A return to form with the future in mind

The first Womb chair was first intended to be built out of laminated wood in a shape similar to that of a basket. This concept evolved to accommodate a cushion, an ottoman, and a curvier outline, designed to bring about a feeling of being embraced, of being loved. 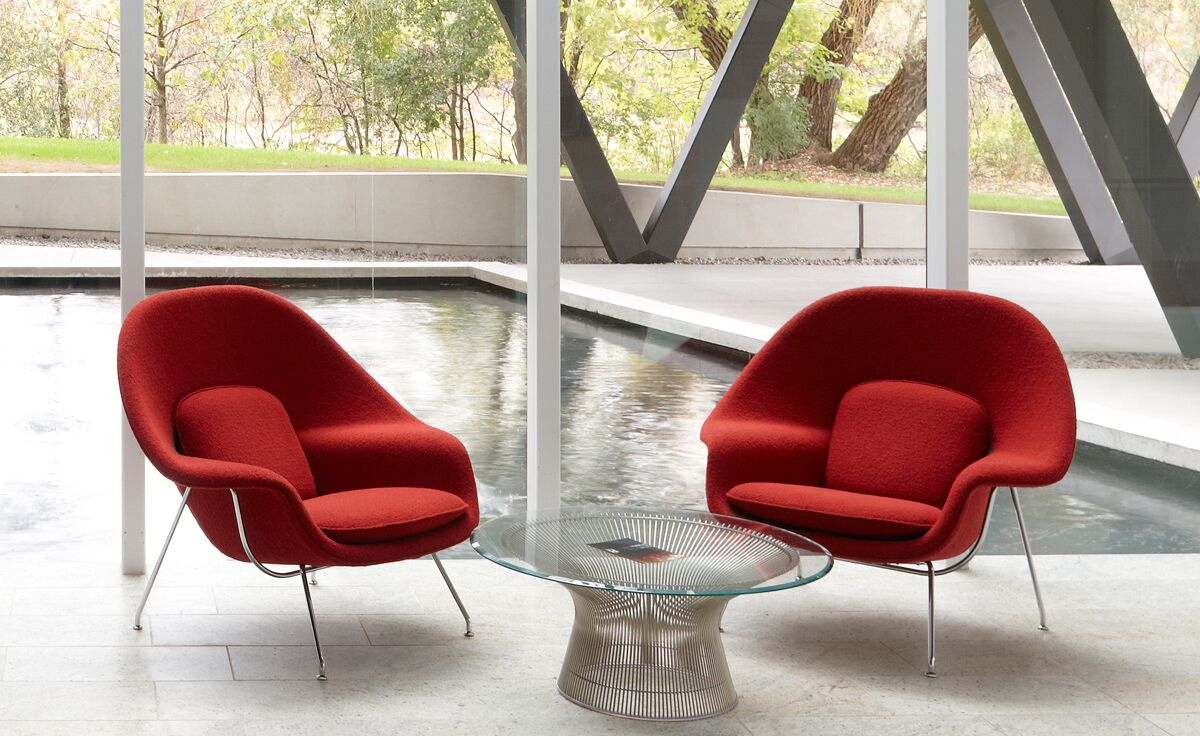 Saarinen understood that nature was the only thing that could really provide comfort, and that our attempts at replicating its forms had to pay homage to that idea. Regular lounge chairs were based on the idea of a bed, but a bed is a manmade object, something we created to escape our nature.

To evolve, perhaps, we had to return to the source, and thus the Womb chair was finally realized. Given Saarinen’s fame, the chair was an icon even before it went into production, but sales were not that great at the time. However, the experience of sitting on it was long-lasting and significant, and (decades later) the Womb chair rose to become another monolith of mid-century modernism.