Furniture was an essential part of Frank Lloyd Wright’s philosophy and upbringing as a designer, even though most people know him as the creator of organic architecture. His most famous work, the Fallingwater house, sits atop a small waterfall in Pennsylvania, deep into the Laurel Highlands.

Frank Lincoln Wright was born in Wisconsin in 1867. Both of his parents were teachers, but his father was more of a minister, and he even (sometimes) doubled as a lawyer. His mother worked at a county school, and according to Wright’s autobiography, she predicted (and encouraged) her son’s talents from a very early age.

The best American architect of all time

Around the 1850s, a German teacher called Friedrich Fröbel designed a set of geometric figurines for children to play with and learn. Wright’s mother found one of these sets and brought it to baby Frank, who would play and grow with them for many years. The Fröbel Gifts, as they were called, were like a rudimentary Lego set whose shapes would stay with Wright until his old age, as he himself explained on his autobiography. 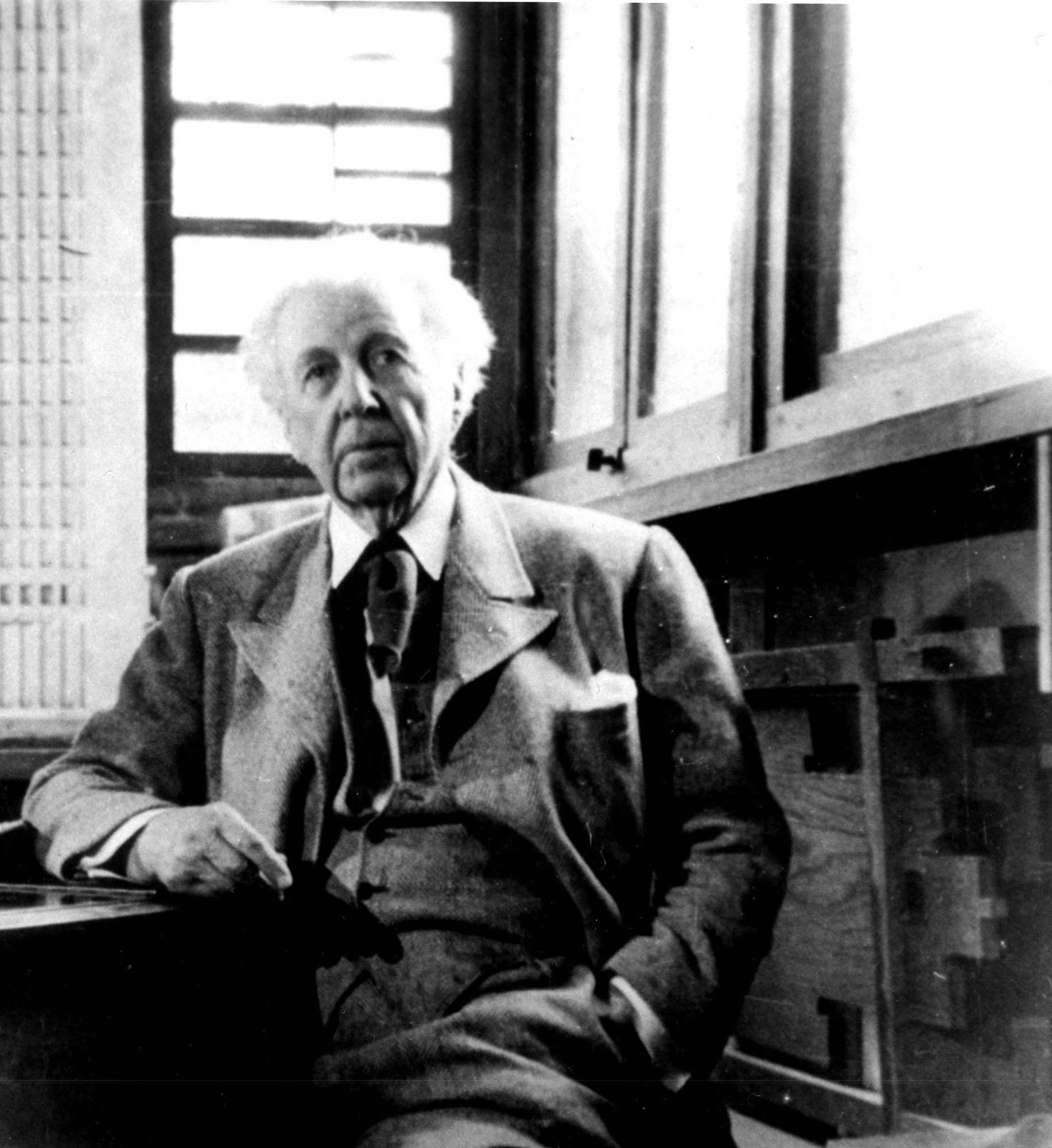 Frank shared two distinct life characteristics with some of his most famous colleagues in modernist design: first, he changed his last name to his mother’s family name after his parents separated, and second, he didn’t complete any formal training in architecture, even though he was accepted to the University of Wisconsin.

He began his career as a draftsman in Chicago, and later began doing commissions and other design work to pay off his debts, as he enjoyed spending money on suits and other luxuries. He was mentored by Louis Henry Sullivan, known by US architects as the father of modernism (and of skyscrapers). Wright’s financial problems did not stunt his development as an architect, as he established his practice around 1893. Along with other young and upcoming architects, Wright would found the Prairie School, which was heavily influenced by Sullivan’s teachings and the Arts and Crafts Movement.

Wright’s extensive work on American soil, which led to many important breakthroughs in both architecture and interior design, granted him the moniker of best American architect of all time.

The AACM was an international design historical phenomenon that was occurring between Europe and North America in the 1880s and 90s, extending to Japan in the 1920s. As one of the prominent figures in this movement, Wright travelled extensively and did many important works, but we haven’t touched on the subject that really interests us, his furniture. The architect famously stated that he believed every furnishing in a house had to sort of “emerge” or be related to the house itself. Such is the tenet of organic architecture.

In 1899, Wright designed a set of dining furniture for his own home, in a fashion that resembled the long seats found in medieval fairytales, and an atmosphere that reminds us of ancient dining halls. Japanese architecture, and more importantly interior design, was also a recognizable influence, one that he would cherish for many years. He also began to design built-in pieces of furniture, a type of work which heavily contrasted that of his other modernist peers.

Wright is not usually granted a place among mid-century modern furniture makers, and this is actually a good assessment of his work. You can see that his chairs and most of his woodwork are inspired that something that precedes this movement, and is better suited to the heritage of the Prairie School of architecture and design. Many of his early modern furniture design are licensed by Cassina, and you can see some of his chairs and tables on their website.